Heyyyyyyy peeps! It’s been a hot minute since I have been here but this long recap is about to make up for that!

I’m going to rewind back to last Tuesday. For the first time since I started working, I had more than just Thanksgiving off of work and I was giddy with excitement come 5:00 on Tuesday! Once off of work, I couldn’t resist and booked it to Val’s Boutique to partake in their early Black Friday sale where everything in the store was a flat $20…yes you read that right, $20. I walked in and immediately found 5 things I just loved. Maybe the fastest I’ve ever spent $100…maybe. lol Once home, I decorated my Christmas loving heart out! Here’s our cute living room setup and our little bedroom setup. 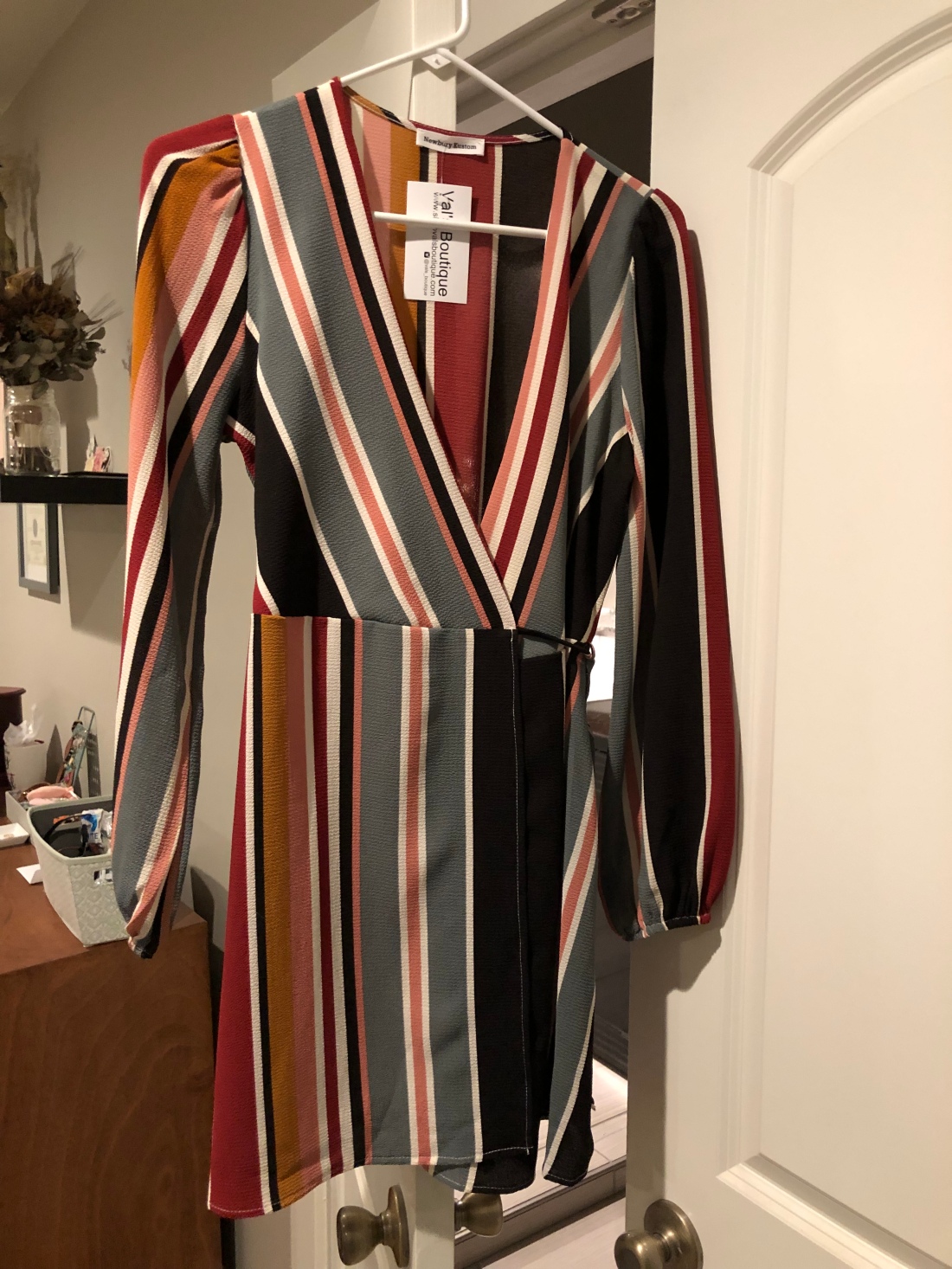 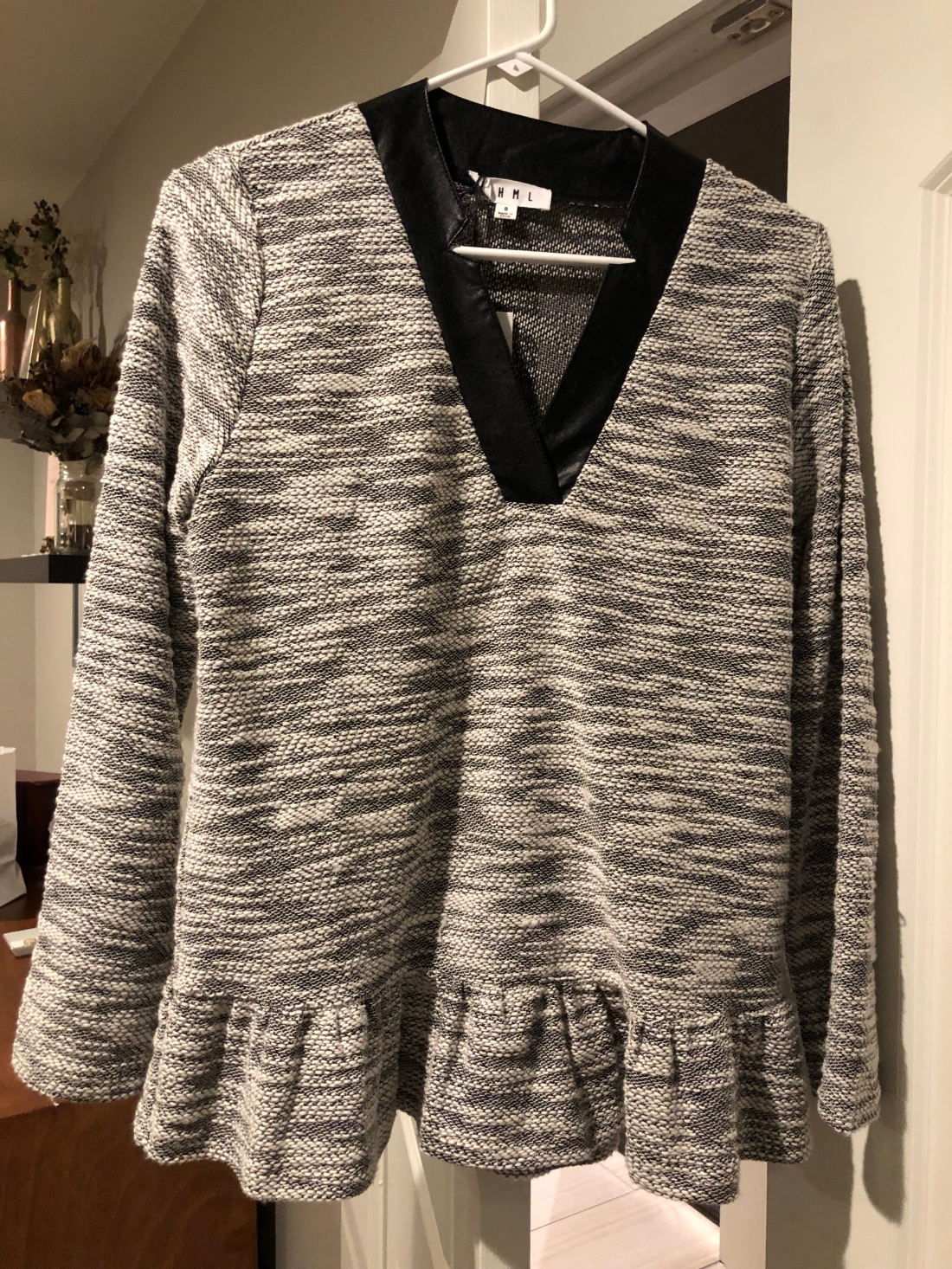 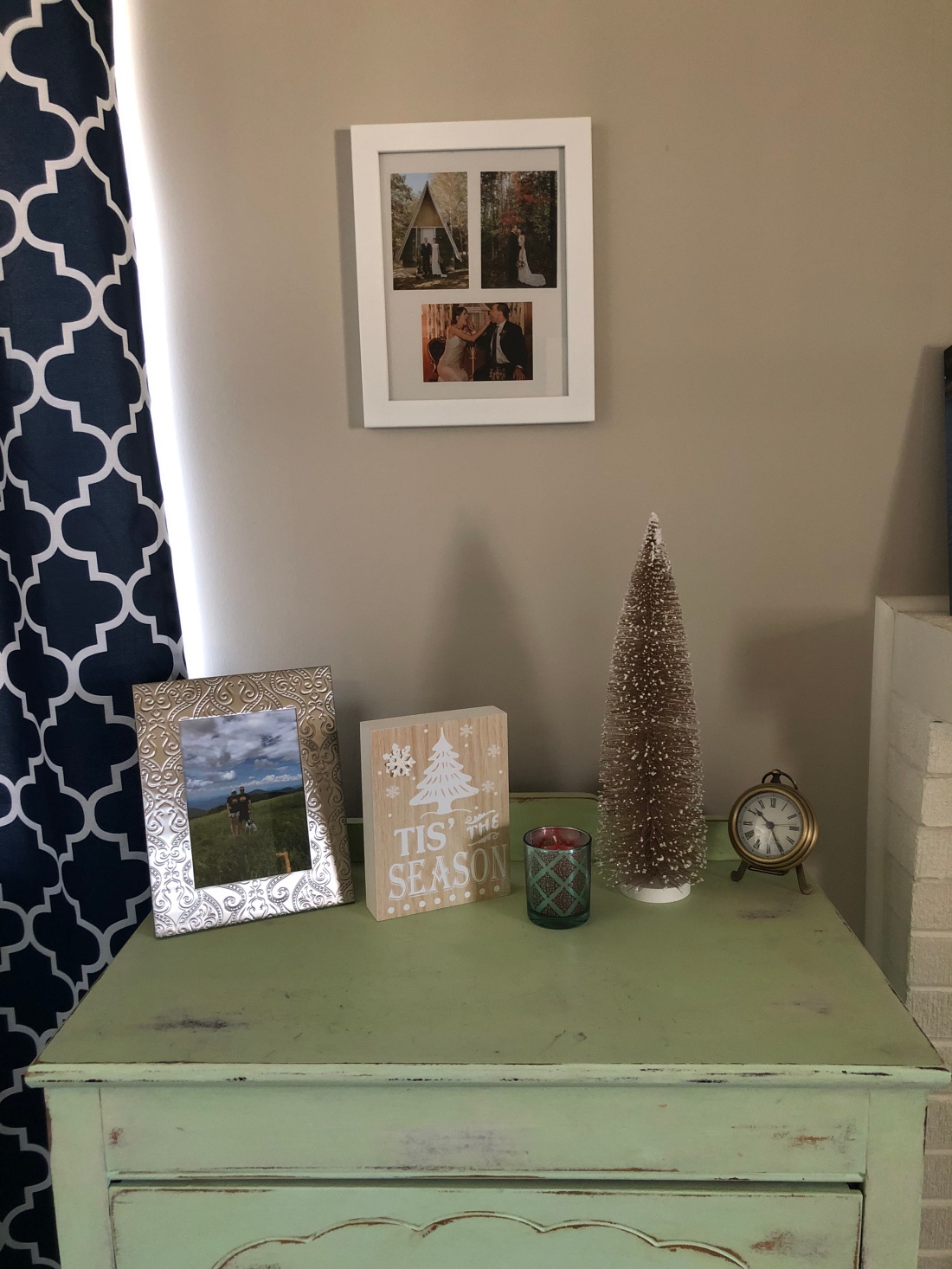 Wednesday I popped out of bed to beautiful sunshine and had some delish maple Cheerios for brekkie (I finally snagged some for free! super yummy). Then I headed to Barre3 for one of the best workouts I have ever had. I left so energized and feelings amazing. I also saw a girl from high school that I haven’t seen since then so we had fun chatting after class!

After B3 I was off to the store all sweaty…good look. ha I have decided that next year I will not wait until the day before Thanksgiving to go to the grocery. Lucky for me, my job every year is desserts so it’s not too much but dadgummmm the traffic and to be honest, morons that were out and about made my blood pressure spike. Sheesh people seem to forget how to drive around the holidays. TJs and Kroger later, I booked it home.

This year I made my go-to pumpy pie following the Libby’s canned pumpkin recipe. It’s so easy and delicious. To ensure enough dessert, I also made an apple pie and attempted to make a cute top crust that was supposed to look like leaves…it didn’t quite hit the visual mark but was very tasty. 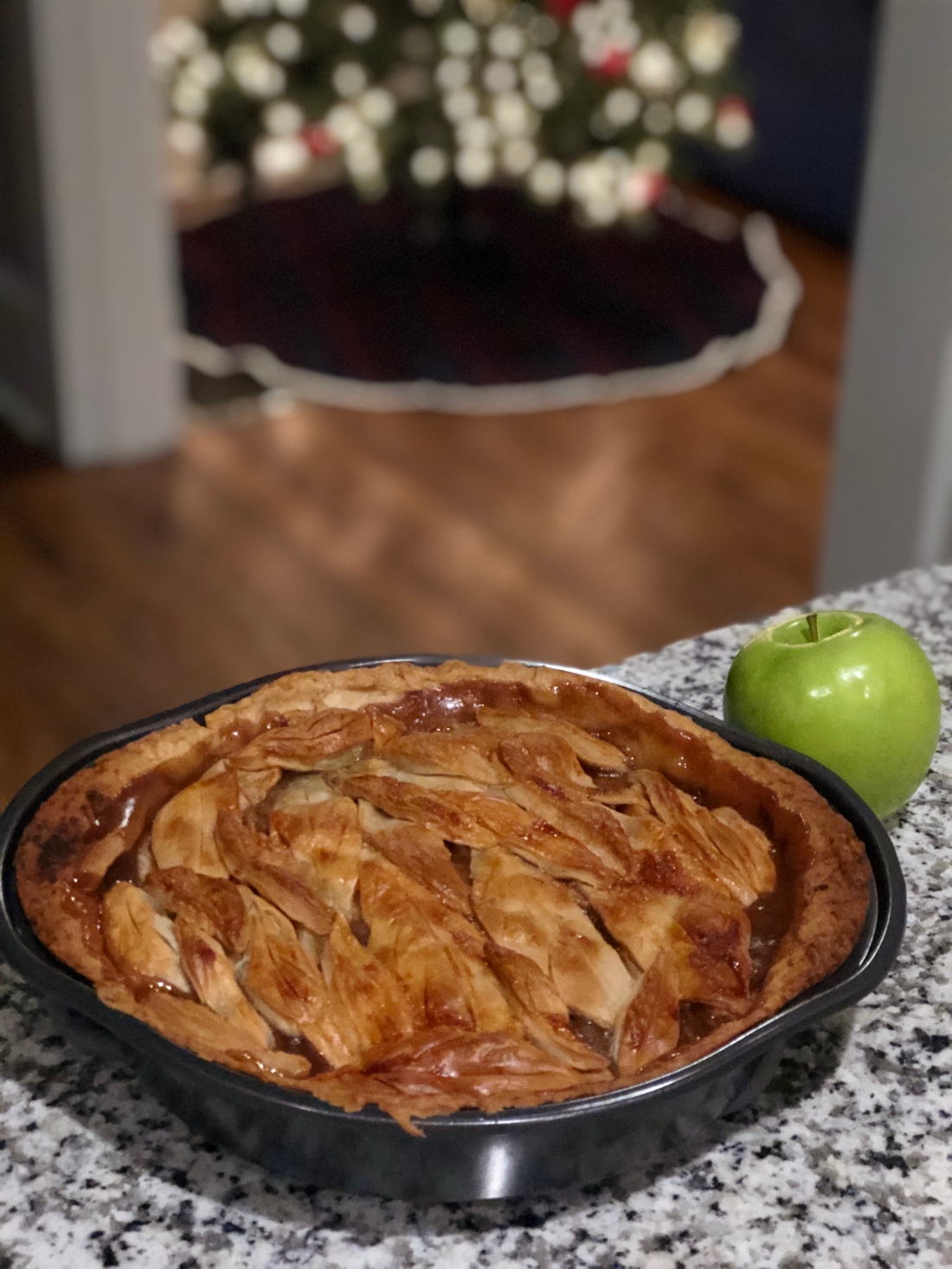 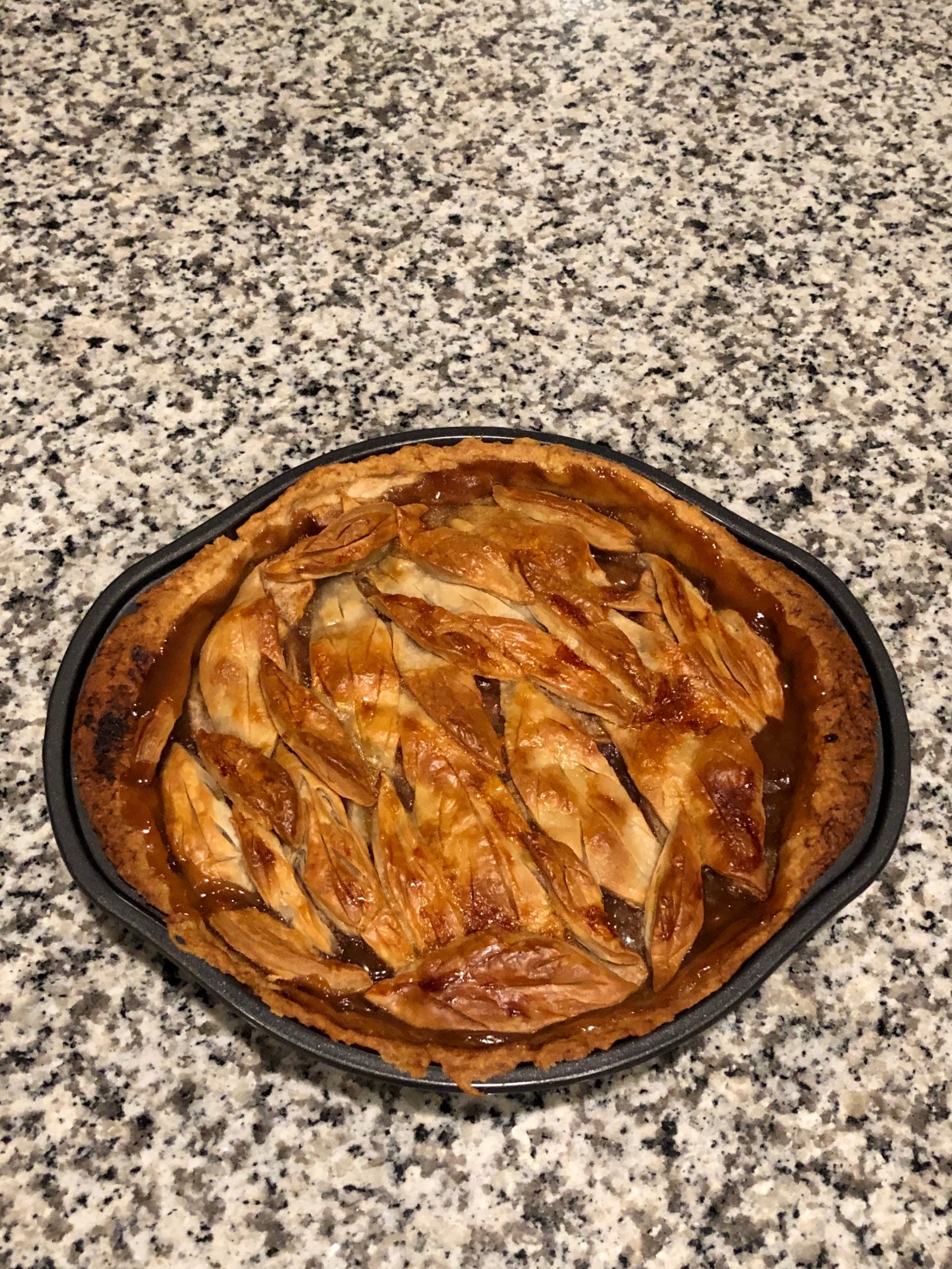 Early Thursday morning, D and Axl headed out to meet my father-in-law at a lake property owned by a family friend that is close to our lake house to fry the bird. Axl had a blast! D said he ran his little puppy heart out and got partway in the water but clearly realized it was cold and didn’t go any farther than his belly. hahaha He looks so cute as “one of the guys”. 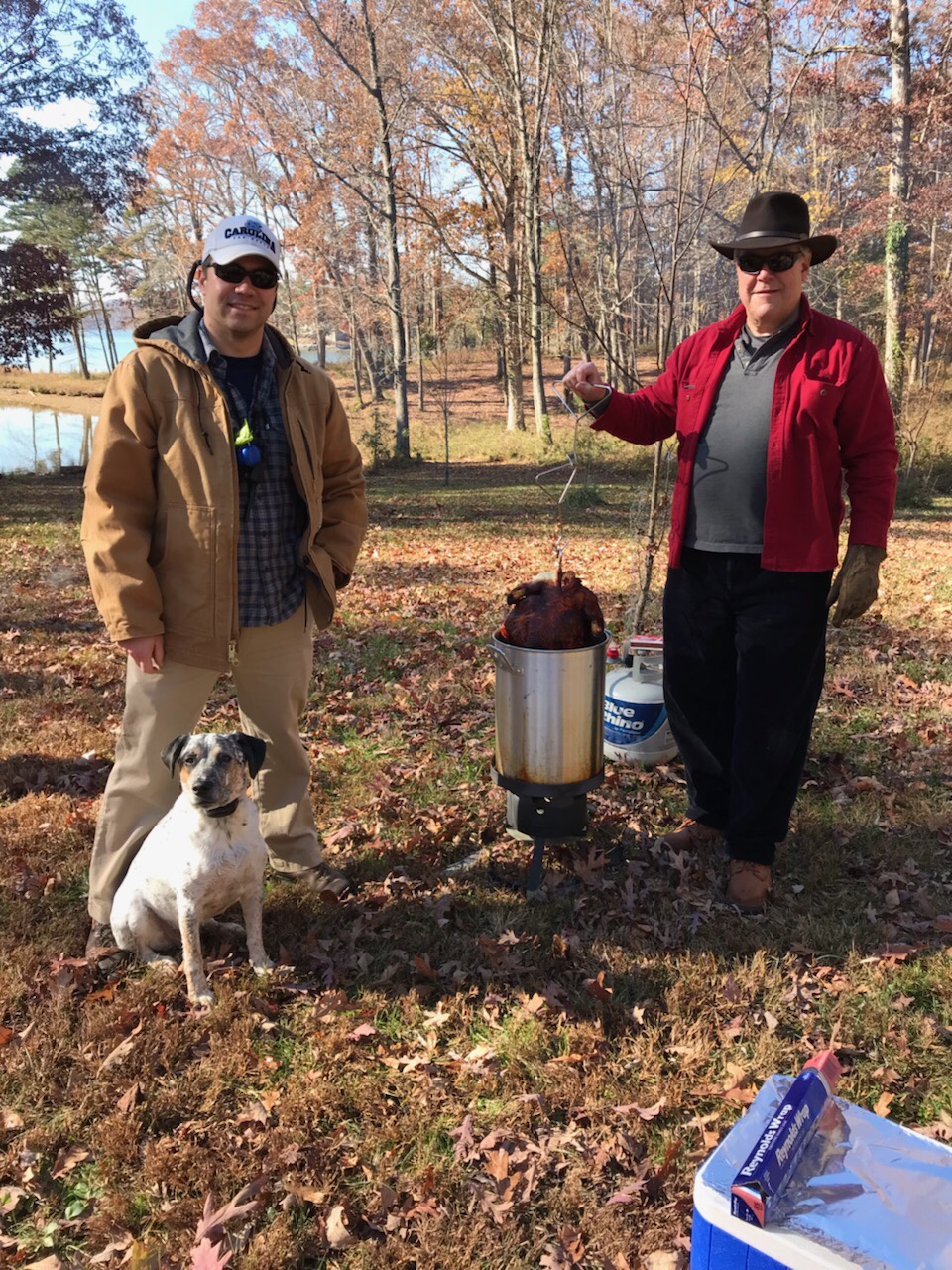 D napped while I put myself together for the big feast. I tried a new to me Essie brand gel nail polish, and I am pretty pleased with it! It’s definitely not as resilient as the salon kind but this is cheaper and doesn’t require a UV light. It dried in about 20 minutes and has held up fairly well. Another item I decided to try was a different color in Pixi Mattelast liquid lip since I love my “really rose” color, and I decided to go bold with the “real red”. I’ve always been nervous to wear a true red lip color since it is so loud but I really love this one, especially since a classic red lip just looks so fancy. 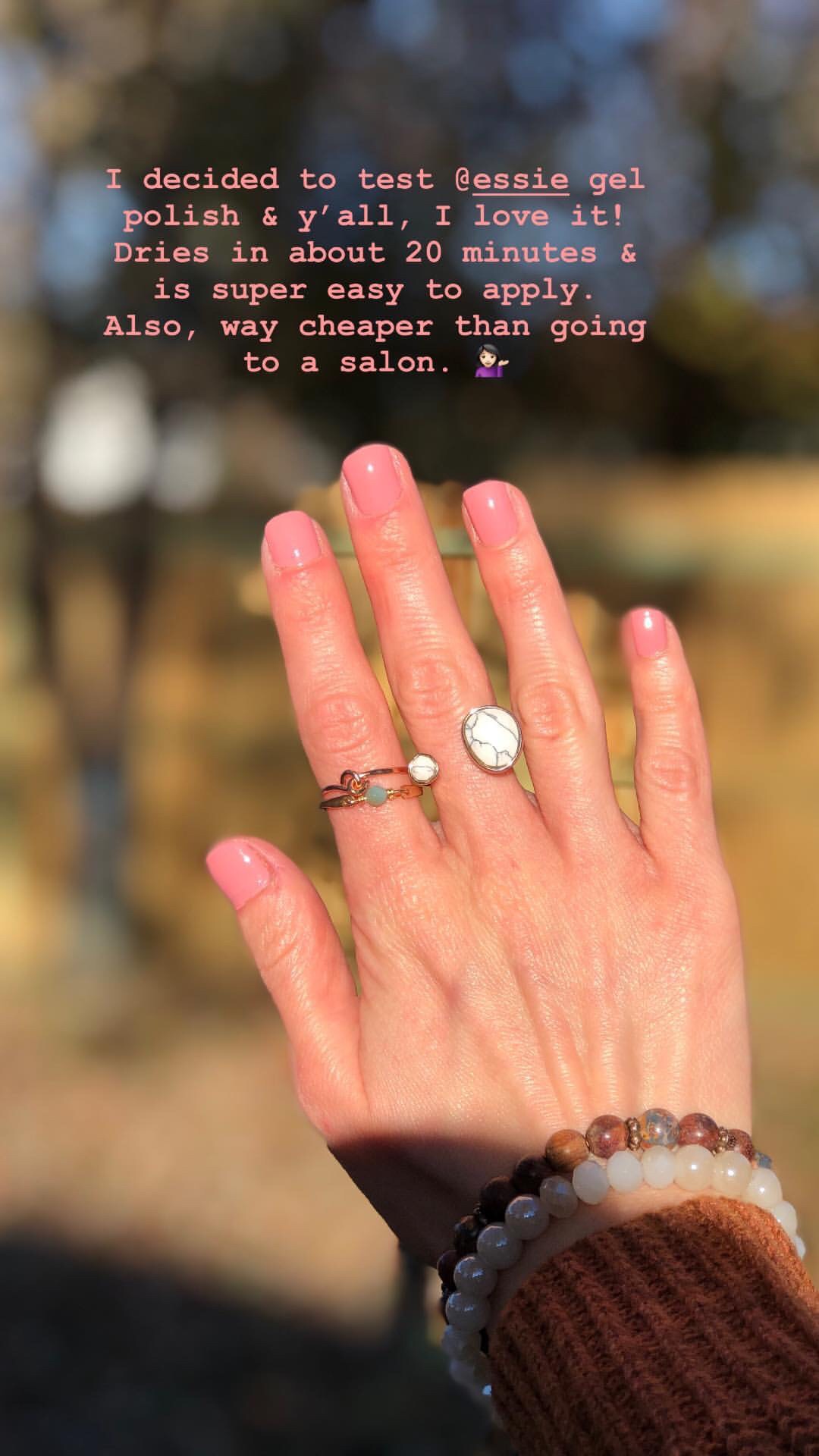 This year we tried a new tradition in merging Thanksgiving with my in-laws and my sister-in-law’s in-laws to have one big feast. It was so nice so no one had to double up on meals and hardcore time manage to go multiple places, and everyone contributed something to the meal keeping the workload for everyone low. Everything was delicious! I didn’t snap a picture but we had several casseroles, turkey, ham, rolls, and dressing. 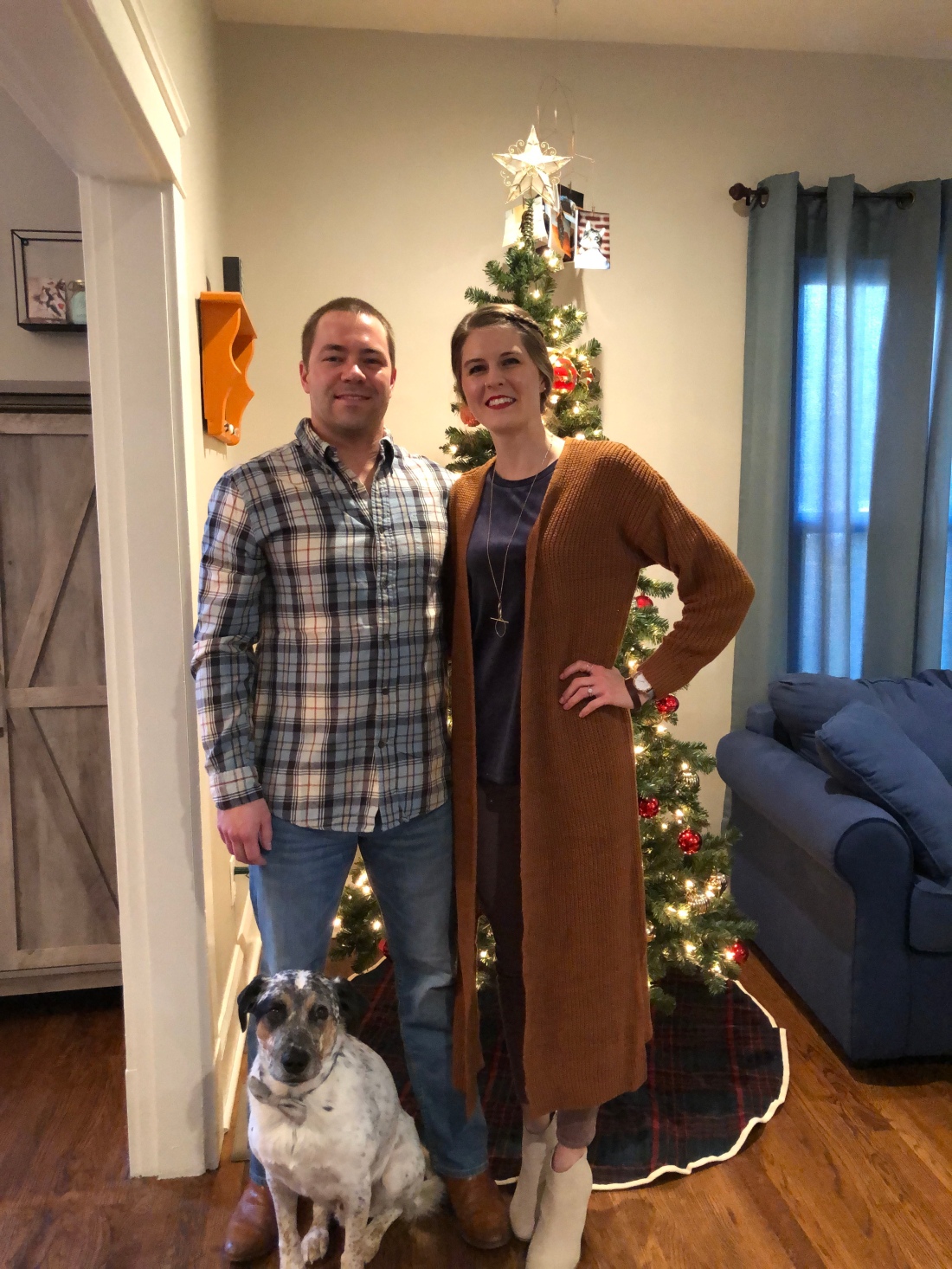 Friday I did nothing, nada, not a single thing. hahahaha I was sooo lazy but ya know, the weather was gross and D had to work so it just felt right to be lazy. I managed to get out in the evening to go to DSW. Now I will have to back track just to touch to explain this and please do your best to bear with me. ha I recently opened a Chase credit card because I’ve heard great things about their rewards points. I received a good chunk for opening my account and Chase actually let’s you use your points to either pay your bill or to shop on Amazon. I decided to snag a super cute sherpa pullover and placed an order for some shoes. However, after reading reviews further, I got really nervous about the shoes because people were saying the sizing was really off and some people claimed to receive knock off shoes. I didn’t want to get stuck with duds so I cancelled the shoes and instead figured I’d use the points towards my bill after purchasing them in stores. Still with me? Ok good! They are Steven Madden blush quilted slip-on sneakers, and I love them. I got a whole size bigger than my normal size so the review were right.

I forgot to take a photo while wearing it! I’m slacking on my blogging skills…

Saturday was another early morning because we headed out to the mountains! My in-laws have been building a cabin near Max Patch, NC and it’s close to being finished so we went to check it out, and hiked to the top. It was raining off and on and quite blustery but it was so.freaking.pretty! We stopped at the rock where D gave me my rock. bahahaha…We got engaged on November 26, 2016 (2 years ago today!) when we were hiking on the Saturday after Thanksgiving. After making it to the top, we started down the side and after taking some photos using a rock to sit on, D dropped to one knee and popped the question. It was such a glorious day that took me 100% by surprise, and he got me the most perfect rose gold ring. Crazy it’s been 2 years! 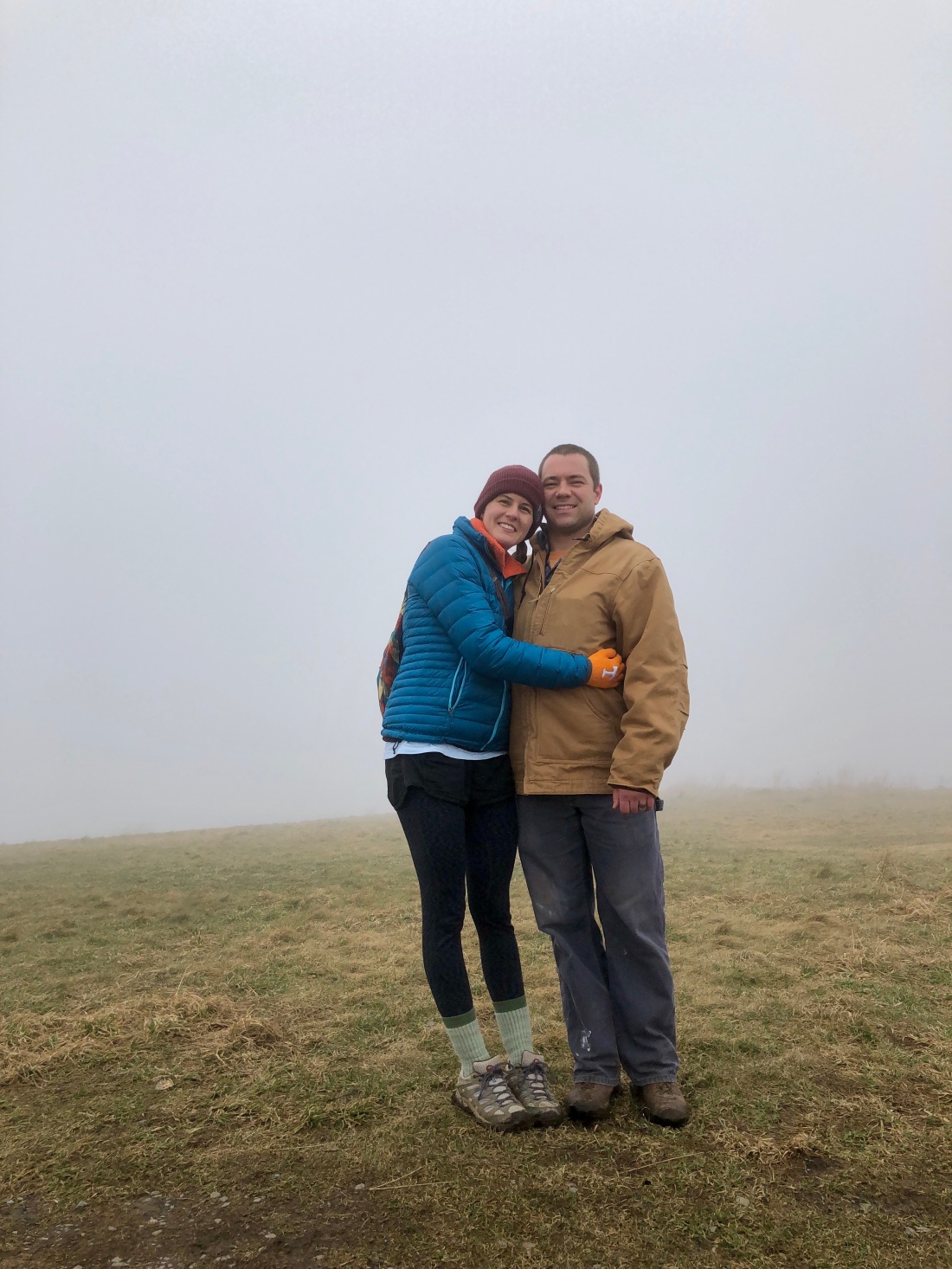 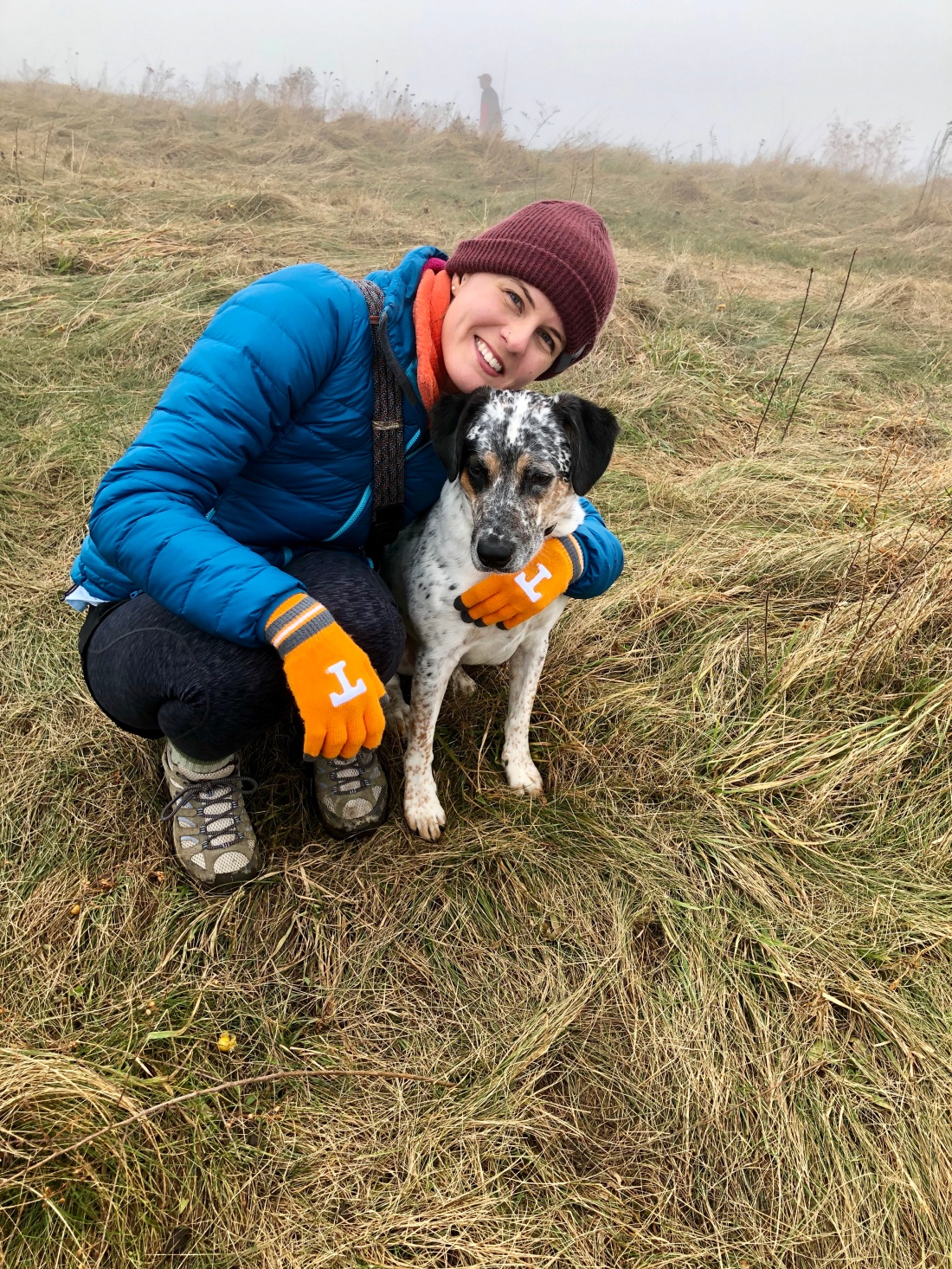 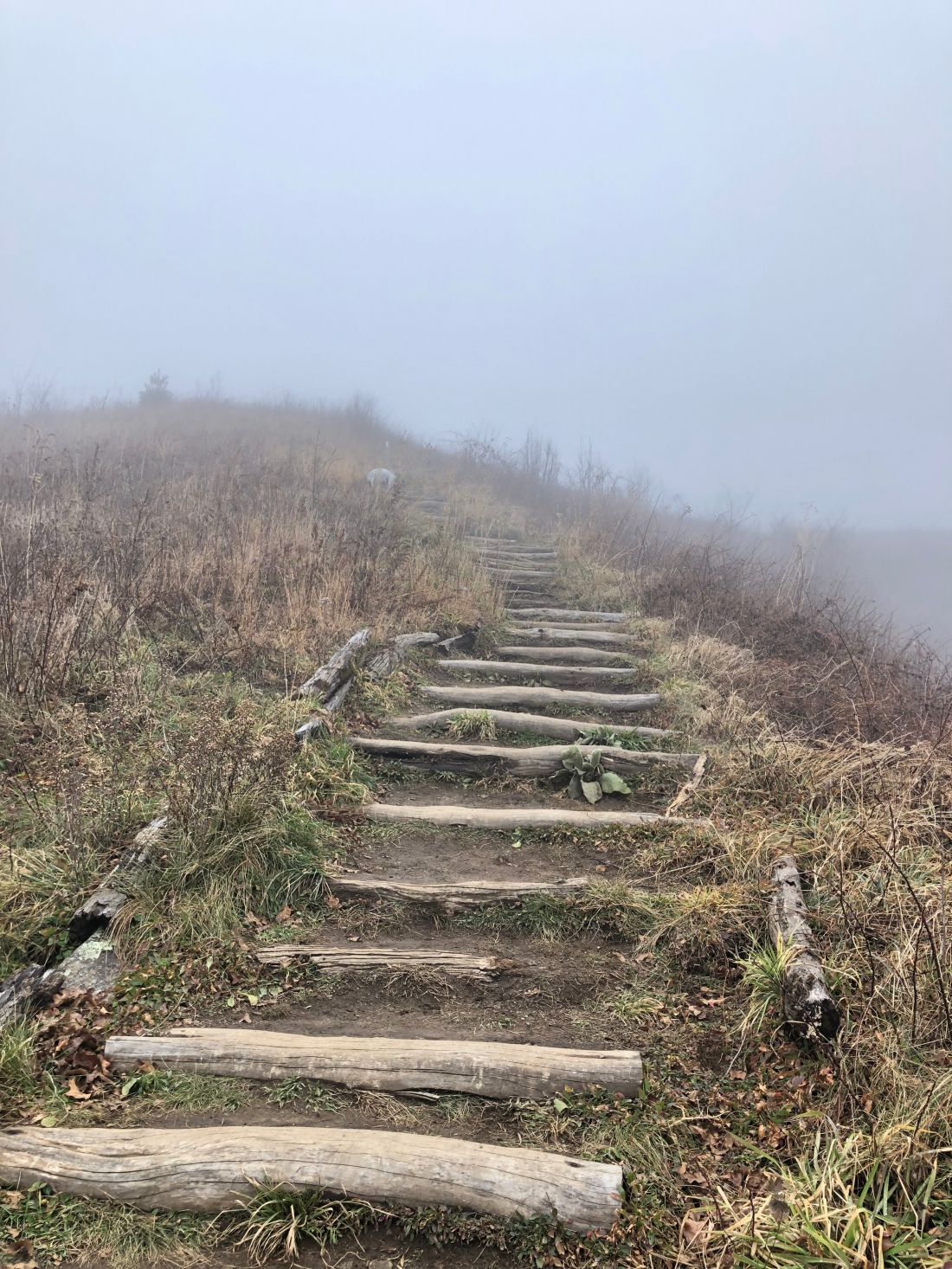 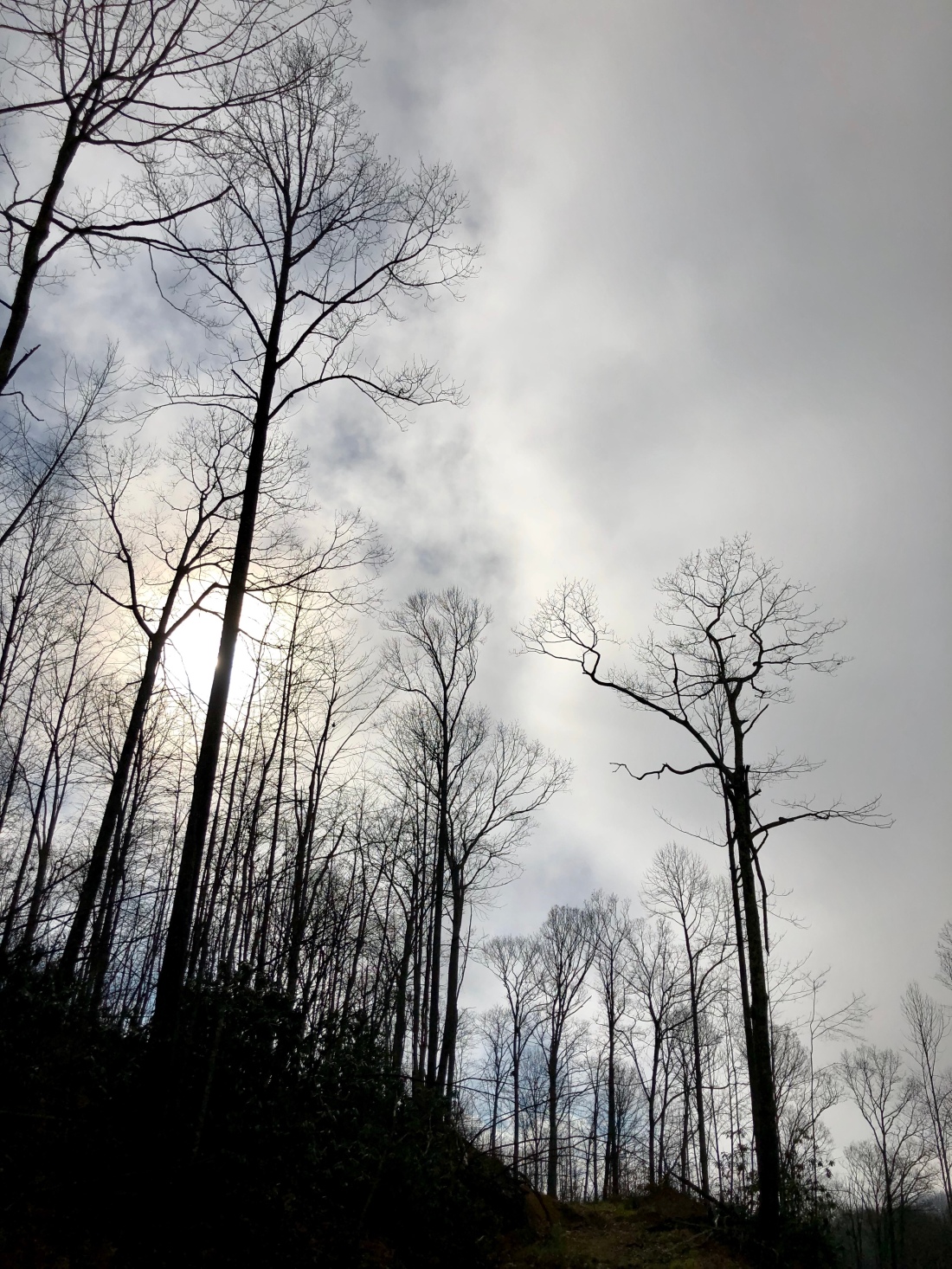 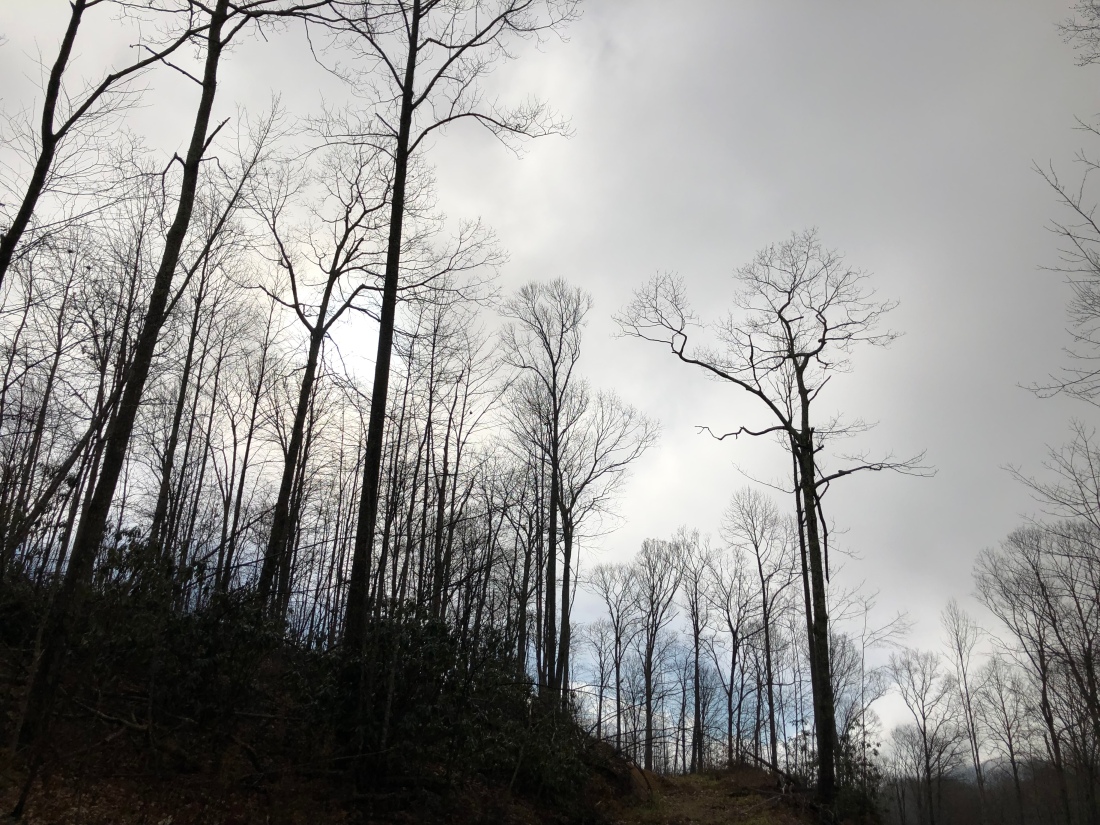 **this photo collage below is from when we got engaged** :)) 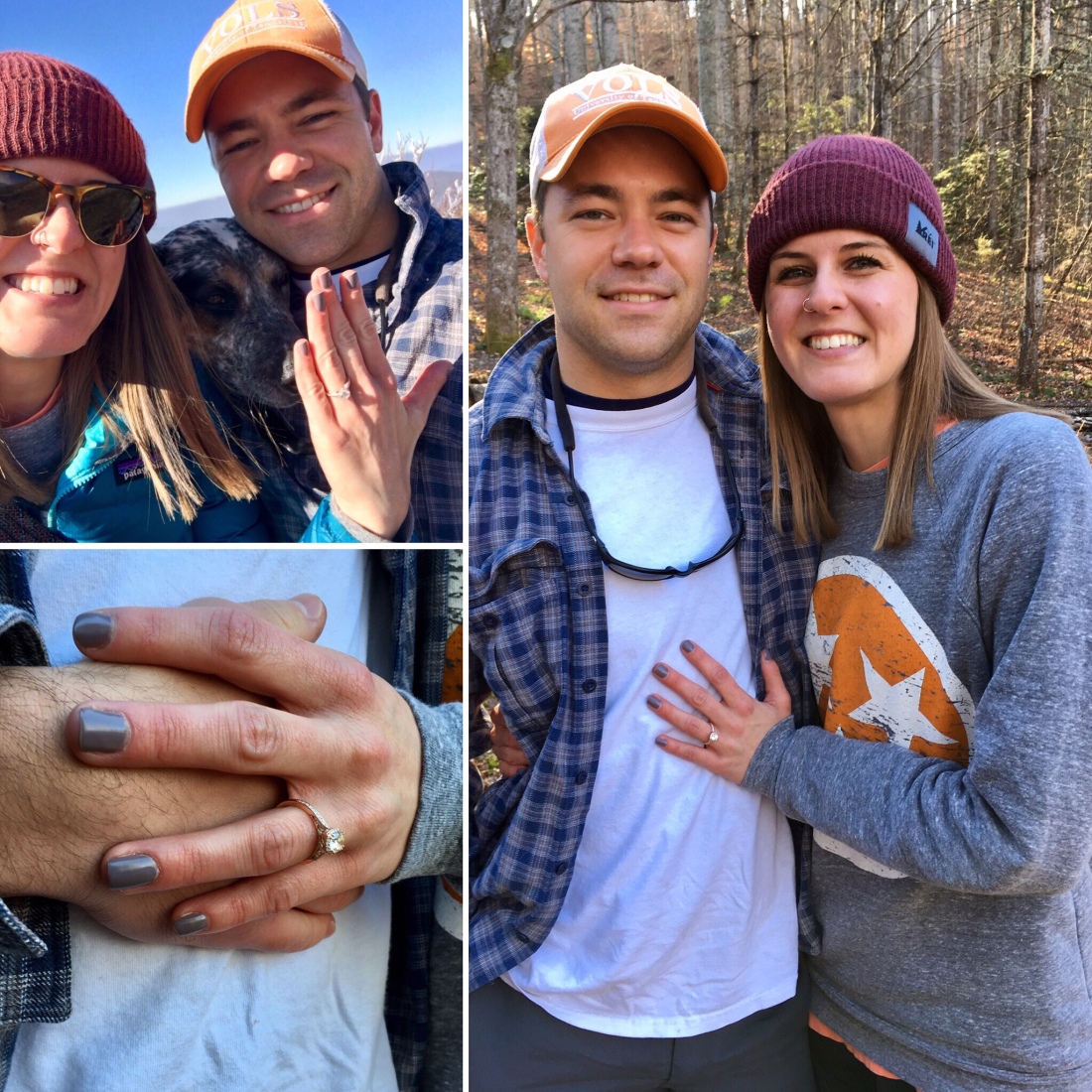 Once home, we watched football, suffering through the Vols vs Vandy game. It was a sad ending to a ROUGH season but onward and upward. Fingers crossed we recruit some amazing talent and get a better offensive coordinator.

Sunday I spent time with Kori, Jackson, and Rachel and did some prep for back to work bringing us to the present.

I hope you all had a splendid Thanksgiving and are having a great start to the last week of November!

View all posts by basickeesh

6 thoughts on “Shoppin til we droppin & gobblin til we wobblin” 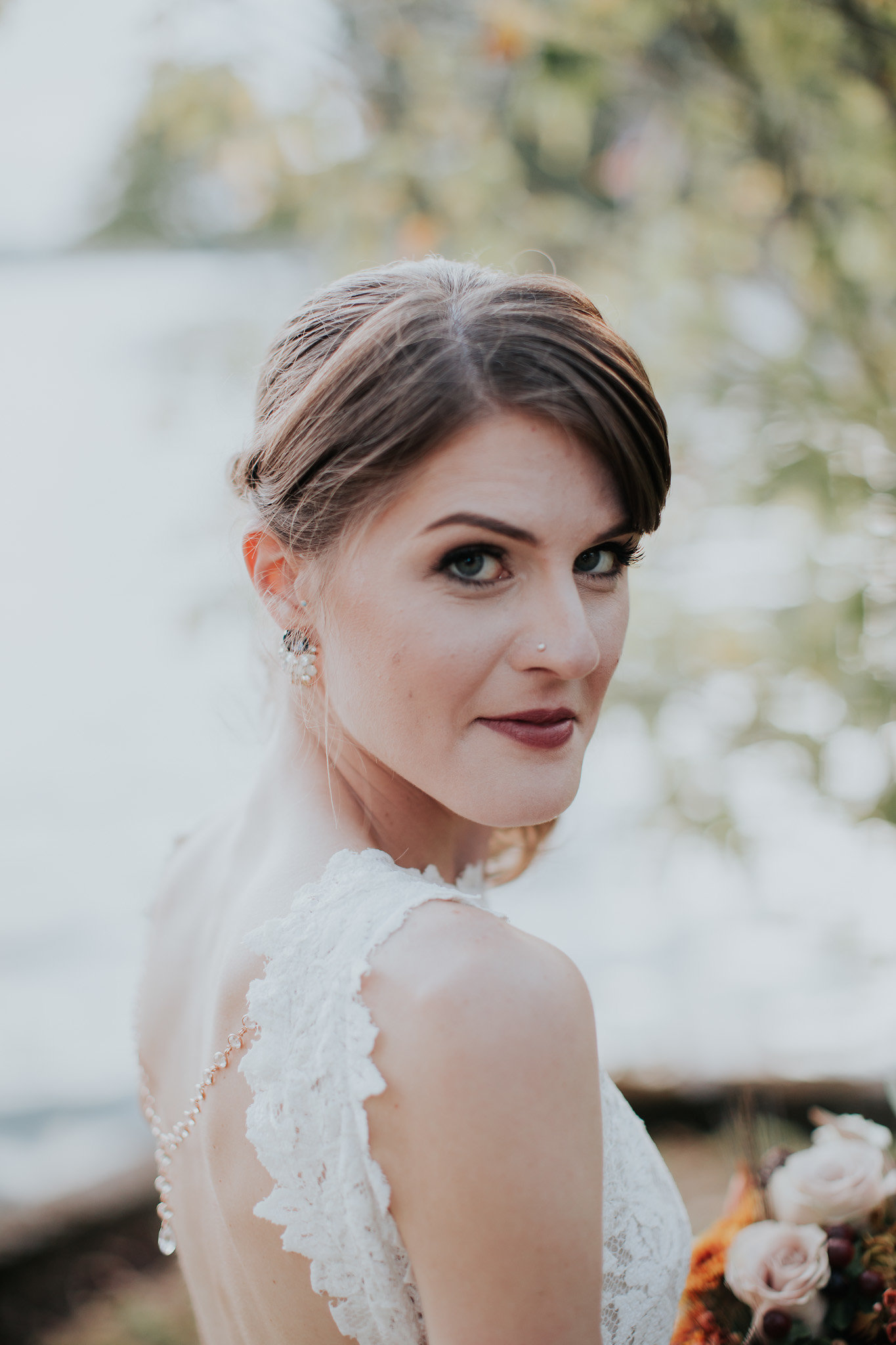 autumn is my fav

vintage decor is my jam

☀️
☀️🇺🇸
We have officially sold our house!! Our realtor also surprised us with this precious photobook of the before photos & our professional house listing photos. 💕
Baby Axl after his first color run at @westside_ymca ! 🌈😍
#nplstyled 💃
I also received my new @notperfectlinen dress in Emerald Green. Hello Wizard of Oz vibes. 😍 They sell the BEST clothes & support hardworking women who make everything to order by hand, which I am in awe of considering everything I have bought is absolutely incredible.
%d bloggers like this: